How to increase FPS on laptop: If you are new to gaming or pro gamer, you have just heard or seen the acronym FPS in reference to hardware and video games when you play.

Are you not sure exactly what is FPS and how FPS works as well as how to increase FPS on laptops and personal computers and wonder what it means in the gamer or computer world?

Then you are at the right place now, keep reading this informative guide, as we will answer all your questions about frames per second FPS in this article.

In video games, FPS determines how many frames or images a monitor can display per second.

The higher the FPS (frame per second), the more fluid and responsive the game will appear for you and you get a better gameplay experience

On the contrary, a low FPS will cause the game to suffer abrupt and sudden stops, making the experience of playing much less pleasant.

What does FPS mean?

The acronym refers to Frames-Per-Second, it’s a technical matter but for easy understanding, we explain it like this.

What are the most used FPS in gaming?

Now it’s time to know more about FPS, there are several types of FPS, in this section, we will learn about them to get a clear idea.

The most common frame rate is seen on video game consoles and some low-end PC gamers. It is considered the minimum necessary for a game to be playable.

Often regarded as the ideal frame rate per second. Only some consoles with certain games optimized can achieve 60 FPS.

By contrast, any decent gaming PC can get 60 FPS in most games. It is also the maximum speed that normal monitors and televisions can display.

It can only be achieved on high-end gaming computers connected to monitors with a screen refresh rate of 144Hz, It’s noticeably smoother and smoother than 60 FPS.

Due to the high hardware requirements, not to mention the impact on the pocket, this frame rate remains popular with only the most enthusiastic gamers.

It is the highest frame rate per second that can be achieved today. It can only be displayed on monitors with a refresh rate of 240Hz. However, the difference between 120 FPS and 240 FPS is practically imperceptible.

Are frames per second important in gaming

Yes, A high frame rate can give you a considerable advantage over other players with lower FPS. By seeing more frames on the screen, you can react more quickly to changes that occur. This is especially important in shooting games or shooters.

This does not mean that a high frame rate is always the best. In some cases, it could in fact be the opposite. If your PC is struggling to maintain a constant frame rate per second and experiences frequent FPS drops, it might be best to limit the frame rate to 30 FPS. This way you will get a more fluid experience.

At what FPS should a video game run?

FPS is a term that we hear or read with relative frequency. Although we do not know exactly what it is. FPS is a unit that helps us measure the quality of video games.

It is a good way of being able to have an indicator that will help us to know something more about the quality of the game.

But of course, reading FPS many times with a certain number next to it is not something that helps us to really know how your GPU works. It can be a guideline in many cases, but it does not clearly determine something. The question is how many FPS are necessary to see the fluidity of the game.

Because most of us are not able to determine the quality of a video game by reading the amount of FPS. Therefore, we seek to determine the figure that serves as a reference to know when a game is of quality or when it is not.

The number of images per second that the human eye and brain can interpret depends on this. But there is also another detail to take into account and that is that there is a gap that cannot be forgotten. We will explain more to you below!

Images per second that our eye perceives and the lag

The average FPS that our eyes can perceive is 25 . It is the approximate figure that is closest to reality for most people. Therefore, we have to have that number as a reference. 25 FPS are what the human eye can perceive.

But, we have told you that there is a gap . What is this gap? The images in our eye are not synchronized in time with those that a screen is emitting. Therefore, there is a lag that is responsible for a loss in the sensation of movement .

There is no perfect synchrony between what the eyes capture with what the screen emits. This means that the eye skips some animations, which detracts from the realism of the animations of the video game in question with which we are playing. But there is a way to avoid that lag, at least to reduce it.

The framerate needs to be increased beyond 25 FPS . In this way, the existing time lag can be reduced. By doing this, the images that our eye captures are very similar to each other, practically identical.

Therefore, there is a higher “quality” of movement. In other words, the way to reduce the lag is to increase the FPS figure. So the 25 FPS we mentioned falls short.

What FPS is recommended?

You may have seen that there are many games that feature 60 FPS . This has a reason. We have said that the amount must be greater than 25 FPS to be optimal.

So if we pay attention to that statement, 30 FPS should already be enough. But the problem is that in games that have this figure, there are frequent drops in the FPS figure .

They often drop below 25 FPS. That’s less than the number of images the human eye can capture. This renders the quality null.

That’s why 60 FPS is recommended. Although there are drops in the FPS figure in this case, they never reach 25 FPS, much less below this figure.

Here is a video from Nvidia Explain FPS

In such a way that we avoid the problem that occurs in the previous example. In addition, it gives us a figure with enough space to be able to perfect the perception of the animations. That is why it is a recommended amount, and that we actually see in quite a few games.

In this way, the lag between the capture of images by the eye and the synchronization time is easily overcome. Did you know anything about FPS? Do you regularly check the FPS that a game has? 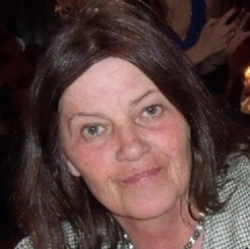 Hi, my name is Erika Mohssen-Beyk.I am German, Iranian, and now Canadian a Citizen of the World, 🙂 Besides this, i love to work with technology and blogger around the world with different niches .and that's why I build this blog, one of my grandson expert in the tech niche and he completed his professional diploma in CSIT and love to read and write.